Meaning of a Producer Company

A producer company is a legally organised body of mainly farmers and agriculturalists, which was introduced by the government to help raise the standard of living, income and profitability of Indian farmers and agriculturalists. A producer company is formed as a private company itself and is governed under the provision of Companies Act 1956. The company is incorporated with an objective as stated under the law i .e. Production, harvesting or selling as the primary production and related activities. A farmer/agriculturists can incorporate a producer company when they have 10 or more producers and 5 directors with a minimum capital of Rs. 5,00,000/-. Thereafter, there are a few objections stated by the government for producer companies, that can be read under the Section 581B of the Companies Act, 1956.

According to this section, the Companies Act, 1956 and the Registration of Companies (Sikkim) Act,1961 (hereafter in the section referred to as the repealed enactments) shall not be in force.

Let us have a broader look at the step-by-step Incorporation of the Producer Company along with the activities they are allowed to carry and associated provisions.

Activities Allowed to the Producer Companies:

Under Companies Act, 2013, a producer company is allowed to carry on or associate with any of the below-mentioned activities:

Before we move on to the process of incorporation, let us see the requirements that mark our eligibility for it.

Requirements for the Incorporation of Producer Company

Companies Act, 2013 has listed the following requirements for the incorporation of a Producer company

Authorized and Paid-up Share Capital of the Proposed Company and Number of Shares Subscribed by Members.
Explanation: A Company can be started with the minimum capital of Rs. 500000/- and 10 members and shall be treated as a private company.

Changes as per the Recent Amendments

1. No need to mention SRN

There is no need to mention SRN for names reserved in Part A of SPICE+ as the same will be automatically displayed while filing Part B after filing of Part A.

2. Mandatory Registration for ESIC and EPFO

Registration for ESIC and EPFO has been made mandatory for all new companies that are incorporated w.e.f 23rd February 2020.

Registration for Profession Tax is made mandatory for all new companiesincorporated in Maharashtra state, with effect from 23rd February 2020.

Application for opening of bank account is made mandatory for all newcompanies incorporated with effect from 23rd February 2020 the sameapplication shall be filed through the form AGILE-PRO linked web form.

7. Signed Physical Copies of the MoA / AoA (in some cases)

Physical copies of the MoA / AoA must be signed and attached if the individuals' first subscribers are located outside India or if the individual outsourcers do not have a valid business practice or any of the following scenarios: -

Companies newly incorporated through SPICE+ and who have obtained EPFO/ESI number will have to file Statutory Return only if the prescribed threshold limit has been exceeded.
To read more about nidhi company compliances, click on Nidhi Company 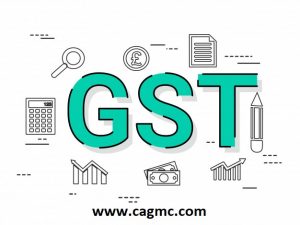 What is Matching Concept under Goods and Services Tax

The concept of Matching forms the backbone of ITC (Input Tax Credit) under the GST regime. 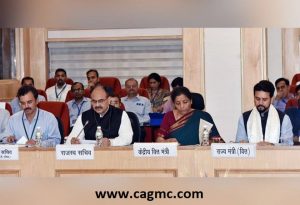 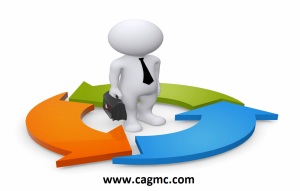 1. How many people are required to form Producer Company?

Minimum five Directors and ten Members are required to agreeing for subscription of shares of the Company who can be individuals or producer institutions or combination thereof.

2. Can a Director or Shareholder be a same person?

3. What is the minimum capital requirement to form a Producer Company?

There is absolutely no minimum capital required to form a producer company, but generally people prefer and are advised to incorporate the same with a minimum capital of Rs. 5 Lahs.

4. What are the activities allowed for Producer Company?
5. What is the maximum time period to deposit the money for share agreed to be subscribed by the First Members of the Company?

A Member is required to deposit the money in the bank account at the earliest and file the form for commencement of company within 180 days from the date of incorporation of the Company.

6. Can the money deposited in bank account as subscription money is withdrawn?

No, the money deposited in bank on behalf of company cannot be withdrawn but can be used by the Company for official purpose like for paying salary to staff and employees, other administrative expenses etc.

7. Whether it is necessary to have a PAN Card?

Yes, for Indian nationals becoming a Director in a Company it is mandatory to have a PAN Card and Passport is need in case of Foreign Nationals.

8. What is Company Registration Certificate?

It is the documentary proof evidencing that the Company has been registered and having its unique identification number as Corporate Identification Number.

9. Can I provide the residential place for registered office of the company?

You can register a Public Company at a commercial or residential place by providing the documents as specified. There is no restriction by the department.

10. What are the Annual Statutory Compliance requirements to be complied by a Producer Company?
11. What is the maximum limit of Members?

No, there is no limit on number of Members in case of Producer Company.

12. Who can be member in a Producer Company?

Person being a “producer” or a “producer institution” (whether incorporated or

Not) can be admitted as member of Producer Company.

“Producer” means any person engaged in any activity or connected with or relatable to any primary produce activity.

13. What are the tax benefits available to a Producer Company?

The Income Tax Act, 1961, specifically exempts for person having agricultural income under Section 10(1). However, the exemption for such agricultural income shall sometimes vary depending upon the kind of agricultural activity carried on. Dividend tax will be tax free in the hands of the members. Bonus shares will not attract any tax in the hands of the members at the time of allotment, however at the time of sale or redemption necessary provision of capital gain tax shall apply.